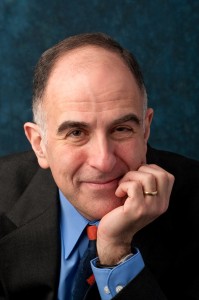 Richard S. Grossman is Andrews Professor of Economics at Wesleyan University in Middletown, CT and a Visiting Scholar at the Institute for Quantitative Social Science at Harvard University.  He is the author of Unsettled Account: The Evolution of Banking in the Industrialized World since 1800 (Princeton University Press, 2010) and WRONG: Nine Economic Policy Disasters and What We Can Learn from Them (Oxford University Press, 2013).  He teaches classes in American and European Economic History, Macroeconomics, and Money and Banking.  He graduated magna cum laude from Harvard College, holds an M.Sc.Econ. degree in Economic History from the London School of Economics and Political Science of the University of London, and A.M. and Ph.D. degrees in Economics from Harvard University.  Prior to joining the faculty at Wesleyan, he worked as an international economist at the United States Department of State.  He has held visiting faculty appointments at Harvard, Yale, and the Hebrew University of Jerusalem, and has received research support from the National Science Foundation and the German Marshall Fund of the United States, and was a 2013 Fellow of the John Simon Guggenheim Memorial Foundation.  He has worked and consulted on Wall Street and has testified as an expert witness in federal court.  He has been published in the American Economic Review, Journal of Economic History, Journal of Money, Credit, and Banking, and Journal of Financial and Quantitative Analysis, and other scholarly journals.  His op-eds have appeared in the Wall Street Journal, Boston Globe, USA Today, and other newspapers and he has appeared on local, national, and foreign radio and TV.  He is a research fellow of the Centre for Economic Policy Research in London, a research network fellow of CESifo in Munich, and an associate editor for socioeconomics, health policy, and law at the journal Neurosurgery.